This is the second NFT in the Collection of Andalucia Auras. This image was especially prepared for Mask Ephemera Exhibition for the NFT.NYC Conference November 2021 at The Edison Ballroom and Palladium Center in Times Square, NYC.

It is a portrait of Mercedes a professional model and kitsurfer who lives in Tarifa, Andalucia.

The Spanish fan is one of the world’s most seductive masks. This multifunctional artefact holds an important role in the ritual of Flamenco dance performance. An attractive accessory which conveys a secret code of communication between the artist and the audience. The momentary use of the Spanish fan can convey emotions, a mask ephemera.

The photograph was taken in the old town of Tarifa on the Costa de la Luz (The coast of the light), Andalucia, Spain.

Michelle explains that, to her, “an aura is something invisible, a field of energy of a person or a place that can be transmitted to the viewer. The Spanish fan, which is often portrayed as an evocative mask, is a perfect subject for The Andalucia Auras Collection”.

“The Mask” has been minted and is currently available for purchase on the Rarible site. 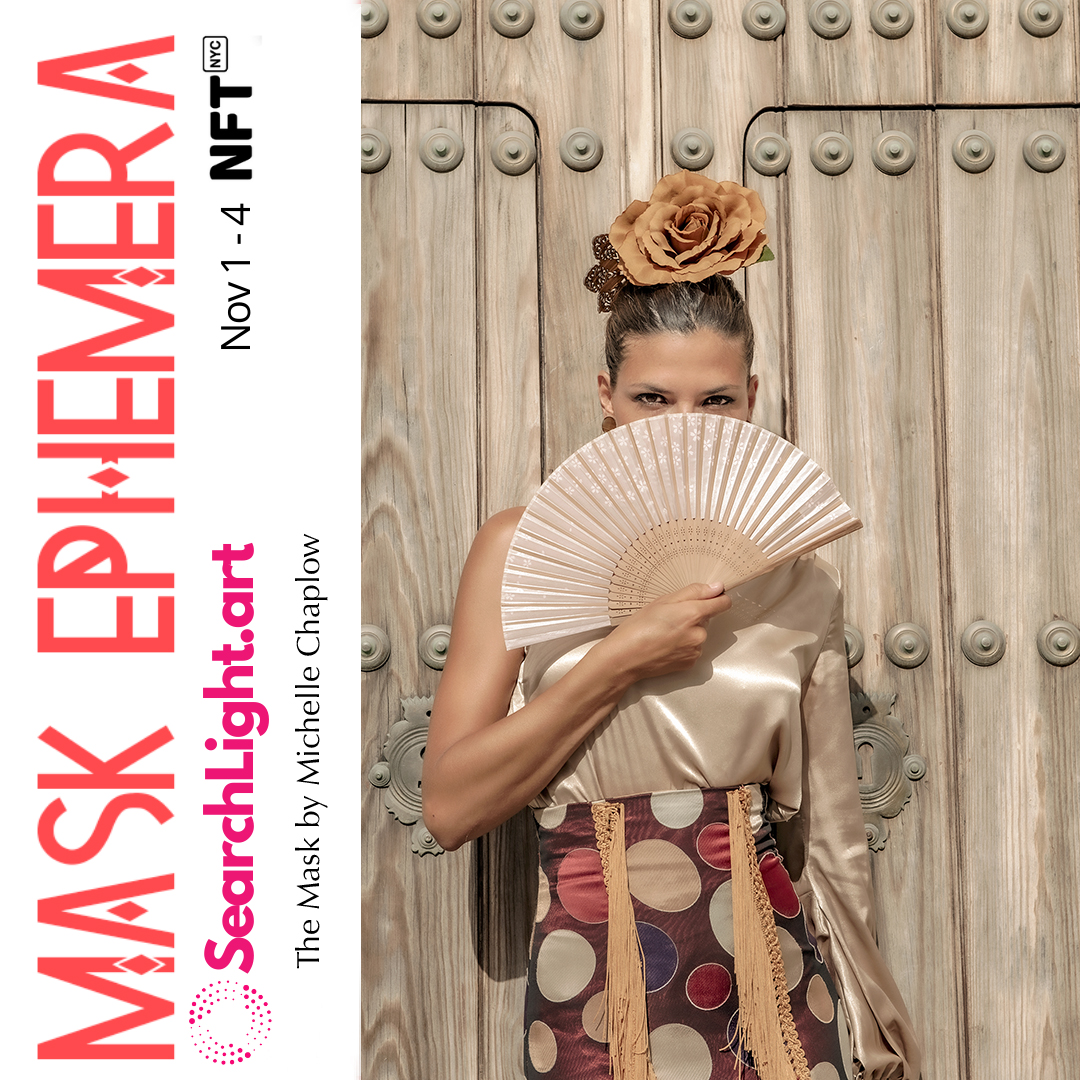 A portrait of Mercedes – The Mask by Michelle Chaplow

“The Mask” has been minted and is currently available for purchase on the Rarible site.