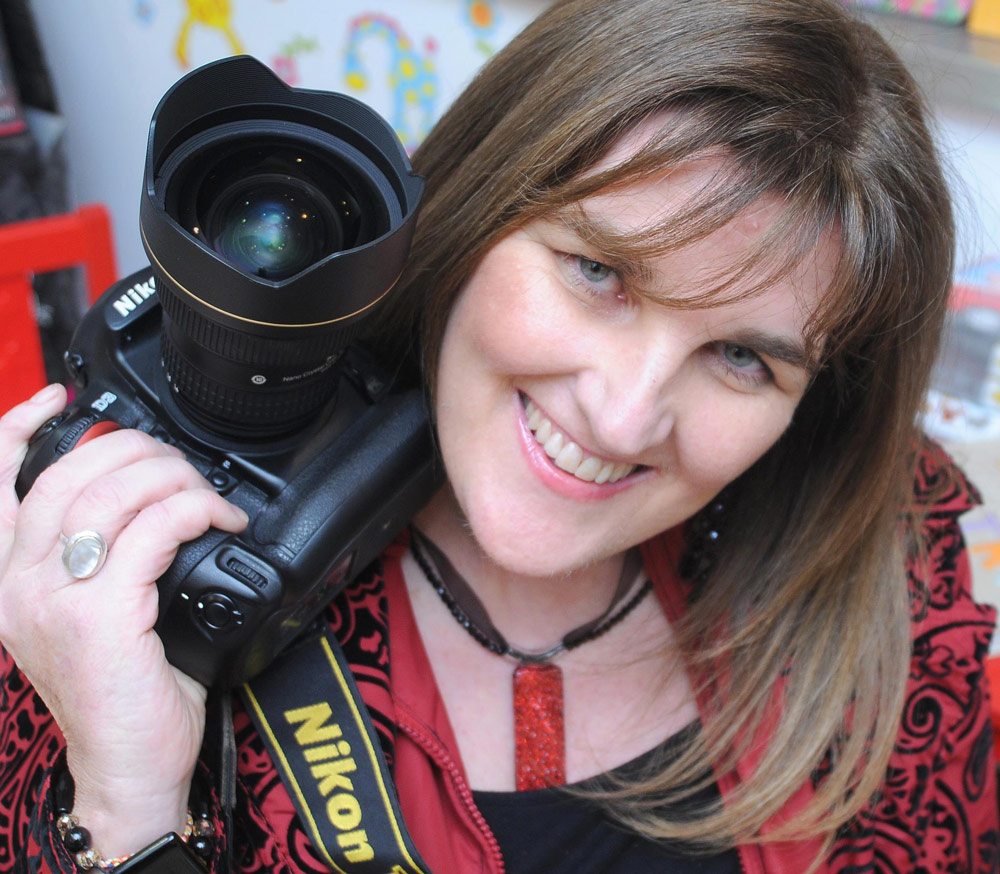 Michelle Chaplow is a British professional hotel photographer who has spent the last two decades photographing a huge variety of travel destinations, and some of the world’s finest luxury and historic hotels. In 2010 she founded Hotel Essence Photography, whose mission is to capture the spirit, the very essence of hotels around the world. Michelle has photographed everything from exteriors of UNESCO-recognised buildings to Michelin-star restaurant kitchens. Born and educated in Britain, she attended Manchester University, and relocated to Spain in 1992. A truly passionate photographer, Michelle loves to go beyond the conventional viewpoint to capture the very essence of the subject.

Michelle’s travel photography has been published by such prestigious institutions and publications as the Library of Congress, The Telegraph, The Times, and Conde Nast Traveller. While undertaking photography assignments around the world, she averaged 100-150 hotel nights per year, in more than 60 countries. She has a vast collection of published works, including two books.

Hotel Essence Photography has been commissioned and published by highly prestigious hotel groups such as Mandarin Oriental, Paradores de España, Kempinski, Oberoi, Fairmont, The Most Famous Hotels in the World® and numerous independently-owned hotels. She has won a number of awards for her architectural photography, and has also been recognised by the Spanish Ministry of Commerce for promoting Spain.

She is a member of the Royal Photographic Society of Great Britain and has studied photography at Seville University, The Contemporary Art Museum in Malaga and the MoMA in New York.

Over the last ten years, Michelle has focused her professional life on the photography of luxury hotels, boutique hotels and historic hotels around the world. Michelle´s photography skills, and familiarity with the marketing and business spheres, have proved a huge help to numerous hotels around the world, transforming their websites and marketing materials with high-quality revenue-generating imagery. As an expert in hotel photographer she also has also created two sister websites exclusively dedicated to Hotel Photography.  Hotel Photographer and Hotel Essence Photography.

Michelle says: “As a professional hotel photographer, over the years I have acquired wide expertise, so it is a joy to be able to share my knowledge about luxury and historic hotel photography via a keynote speech. Hoteliers know exactly how to run and manage a hotel, but do they really know how to do the same for a hotel photo shoot?”   Michelle gives sound easy to understand advice on the subject of hotel photography and clearly explains how strong visuals across your website, social media and marketing collateral, can not only make that particular hotel stand out, its also known that quality photography will encourage reservations.

Keynote Speeches delivered by Michelle Chaplow on the importance of Hotel and destination Photography:

From 1991 to the present date Michelle Chaplow has captured and archived over 100,000 high quality stock images of Andalucia and Spain.
Her images, inspired by her experience of the people, landscapes and history of Spain, capture special moments and little known corners of Spain. Her intimate knowledge of the country, the people and their language give a unique depth and resonance to her photography. A small selection are available online from Alamy.com.

2021 Michelle was contacted by the head office for Fairmont Hotels in Paris to say that she is now a Fairmont-approved photographer.

Fairmont Hotels & Resorts is a global luxury hotel group operating 76 properties worldwide, the company originated in North America in the late nineteenth century accommodating luxury travellers first at The Fairmont, San Francisco and later joining with Canada Pacific Hotels to add some grand railway hotels in Canada with “chateau-like” architecture such as Fairmont, Banff Springs which has been described as a “castle in the sky”.

Fairmont expanded globally and is now part of the Accor group. The Fairmont collection also includes iconic properties such as The Savoy in London and the magnificent The Plaza in New York.

in 2015 Michelle started to prepare blog entries on travel and hotels for The Huffington Post USA edition.

Official photographer for the Spanish Paradors

In 2012 Michelle signed a three-year contract to be an official photographer for the Spanish Parador hotels. Paradores de Turismo de España is a chain of Spanish luxury hotels, founded by King Alfonso XIII of Spain in 1928. These unique hotels, created to encourage tourism, are often in castles, palaces, fortresses, convents, monasteries and other historic buildings.

In a series of images inspired by the leading Photography School in Europe, the school of Helsinki, six women were photographed by Michelle Chaplow in six abandoned pools over six months in 2012.
The series focuses on visual poetry of the female form, alone with an ongoing process of inner reflection shot with uniform diffused lighting, melancholic body language, and elements of water or the absence of water in a place where water should naturally be.
“The Pool of Life” was Michelle’s final project for the diploma course in Specialisation in Contemporary Photography, organised by the CAC Málaga and the Fundación Valentín de Madariaga de Sevilla. The work was projected to an audience at the museum in July 2012.

Nominated in seven categories in the 2012 Black & White Spider Awards

In 2011 Michelle received two nominations in the Professional architectural photography category of he Spider awards for her images entitled Singapore swim and Gaudi. The Black and white Spider awards represent a collection of work from the world’s finest contemporary photographers.

Nominations in the Photography Masters Cup

In 2011 and 2001, Michelle received three nominations, two in architecture and the third in the category, people. “The Science park in Valencia”, “Lines and Triangles” and ” Angelica La Palenquera”. Photography Masters Cup is the leading international award honoring color photography.

In 2010 Michelle established, Hotel Essence Photography, specializing in fine photography for luxury hotels. Michelle states that “In the hospitality industry of today, images that simply depict a hotel’s specific amenities and architecture are not enough. The global traveller wants more – images that reveal the intrinsic qualities of a hotel showing what it actually feels like to be a guest”.
hotelessencephotography.com has one aim, to capture the very essence of the hotel in such a way that the viewer feels compelled to say, “take me there!”.
The team behind Michelle includes, assistants, stylists, production, digital post production and journalists.

Associate Photographer for The Most Famous Hotels of the World

Michelle has contributed since 2008 on several publications for The Most Famous Hotels of the World® This organization, documents hotels with over 50 years of history in the hospitality industry and includes some of the most famous hotel establishments in the world.

2008 saw the launch of A new Tapas book “A bite of Spain” Michelle was commissioned to carryout the photography, the project took 10 months to complete and involved both studio and location photography, throughout Spain.

Michelle Chaplow participated in Seville’s 2008 Flamenco Photography Exhibition. Spanish National Television, TVE, interviewed her as part of coverage of the event. Among her featured entries was an image of flamenco feet in complex motion that has been published in a National Geographic Travel Guide for Spain.

2005 saw the launch of “Espagne” at the Frankfurt bookfair, a 288 page full colour coffee table book on Spain available from www.amazon.fr. A commission from the prestigious Parisian publishing house – Vilo

The picture on the right shows Michelle with King Juan Carlos and Queen Sofia of Spain at the Zarzuela Palace – Madrid at the end of her photographic assignment for the Washington Library of Congress.

Visions of Andalucia In 2004

In 2001 Michelle was awarded an honorary mention in the «Ortiz Echagüe» prize from the Spanish Ministry of Tourism and commerce. The honorary mention related to her work in the field of photography promoting Spanish Tourism. (BOE Reference 031 5/02/2001 Sec 3 page 4336) Ortiz Echagüe was one of the first modern Spanish icon Photographers.

Turespaña the Spanish Tourist Board