Michelle´s first NFT in the Andalucia Auras collection is a portrait of Eliza Gonzalez.

Eliza is a world-renowned dancer based between Spain and the US. Her mother, an art dealer and collector, was one of the first to bring the works of contemporary Latin American artists to New Orleans. Art is in her genes and now, through crypto art, preserved in the blockchain; she represents the latest evolution in the art world.

The portrait was taken in the summer of 2018, in the studio of Seville flamenco dress designer José Galvañ. The black backdrop, the single studio flash and three-quarter lighting were carefully chosen for this portrait. The main light casts a shadow on Eliza´s left cheek; many of the Old Master painters such as Rembrandt and Ander Zorn used this dramatic technique, and have inspired a generation of contemporary photographers.

Michelle explains that, to her, “an aura is something invisible, a field of energy of a person or a place that can be transmitted to the viewer. Flamenco dance is so evocative, with its origins rooted in Andalucia, and is therefore a perfect subject for the Andalucia Auras Collection”. 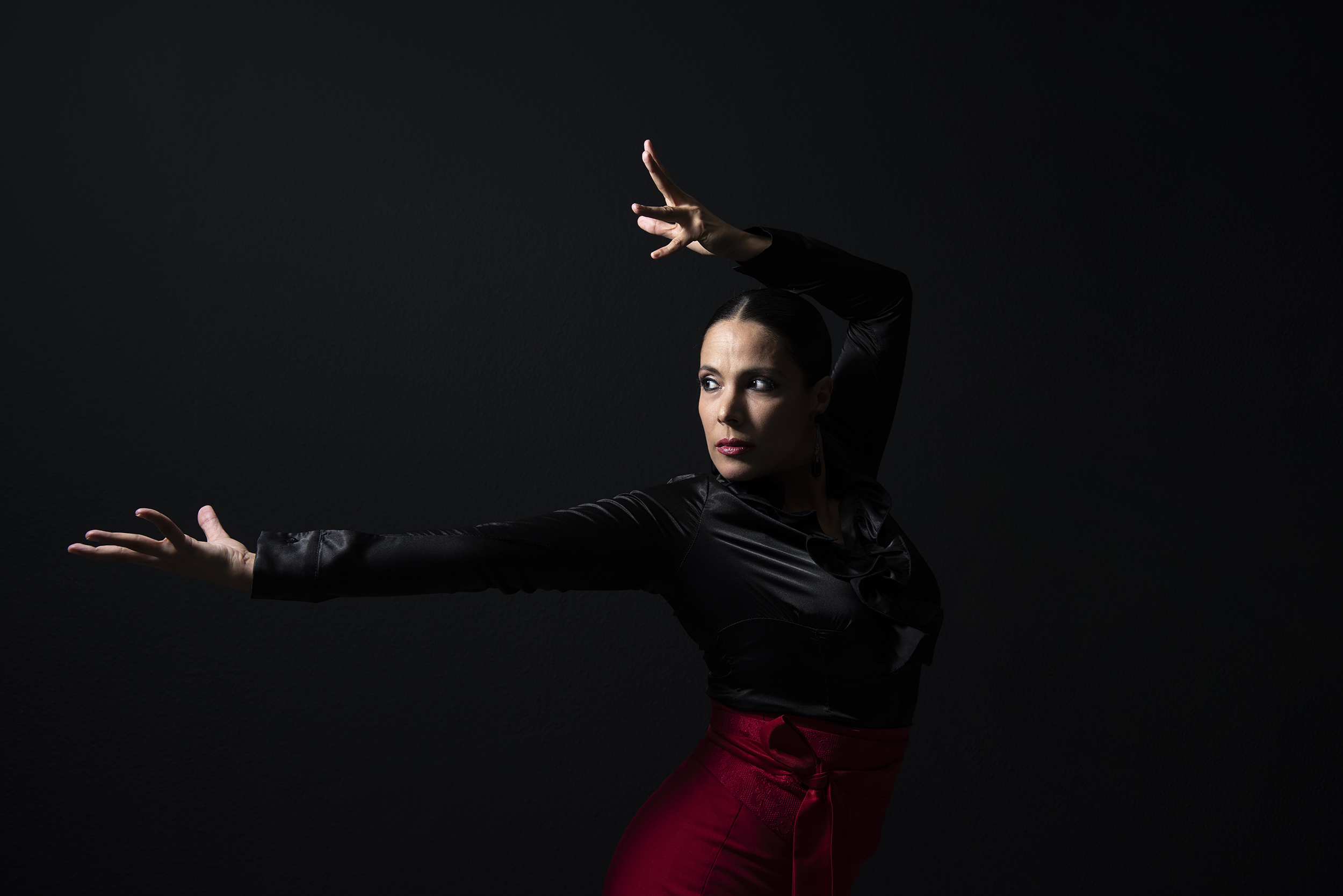