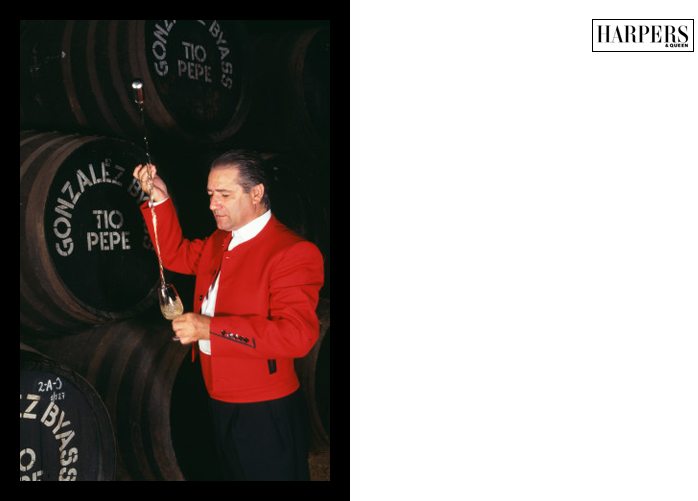 Venecidor – sherry pouring, Jerez, Spain.
This is the final image in this series and shows a Venecidor pouring sherry in Jerez, Spain. This was a very complicated image to light because of the lack of daylight in the Gonzalez Byass bodega and the darkness of the barrels, plus the velocity of the sherry being poured into the glass.
The ad agency Phipps PR in Covent Garden won an award for this campaign.