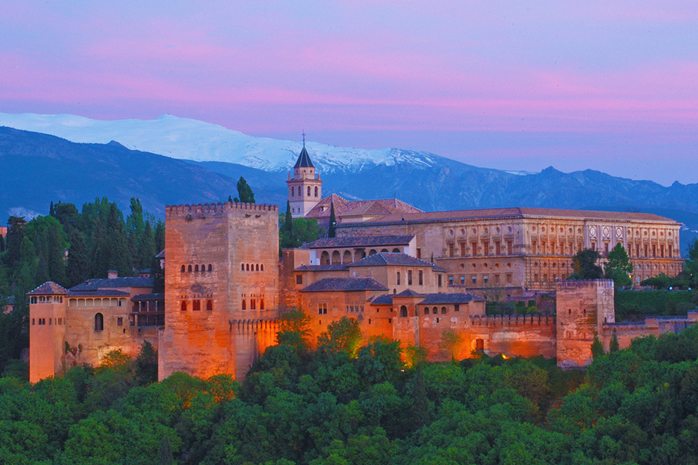 This shot can only be taken at a certain time of year, between 6 & 8pm in the evening. I needed a sunset, snow on the mountains, a clear sky and golden light on the northern façade of this magnificent Moorish monument. This image was the result of 3 nights work, the first night the clouds obscured the view of the Sierra Nevada, the second night no sunset and finally, on the third night, success! The image was commissioned for an advertising campaign by the Spanish Tourist Board. It has been published worldwide including an ad for Spain in National Geographic Magazine.