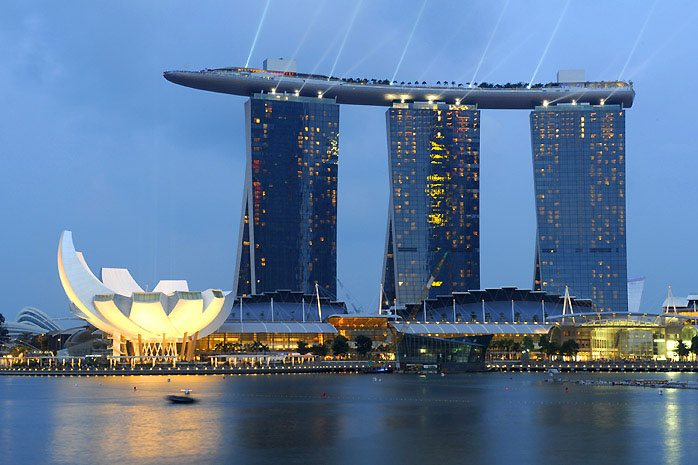 Marina Bay Sands, constructed on reclaimed land, is not only the most expensive building in the world*; its three towers house a luxury 2560-room hotel with an infinity swimming pool in a three-acre “SkyPark” garden. Designed by Israeli-Canadian architect Moshe Safdie, it was built in 2010 at a cost of US$6 billion, and measures 195m high with 57 floors. Safdie is known for his dramatic curves and geometric lines. The “plane”, which sits atop three huge tower blocks, is now the most iconic building in Singapore. Below it is the Lotus Leaf which houses the Museum of ArtScience, where the world´s greatest artists such as Salvador Dali and photographer Annie Leibovitz have had their works exhibited. All in all, a picture-perfect scene for any photographer.