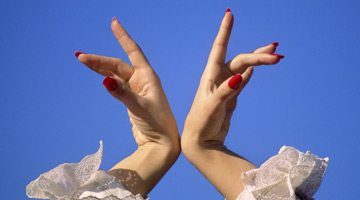 A month dedicated to Flamenco photography will be inaugurated on September 11th, 2008 at Seville’s Museum of Flamenco Dance. The exhibit displays the work of 45 photographers from around the world at various venues throughout Seville, the capital of Andalucia.

Michelle Chaplow’s love for Spanish culture and traditions, in particular flamenco, has led to extensive photography of Andalucia, the homeland of flamenco music, song and dance. Her collection of stock photo images of Andalucia, is one of the most extensive in the world. When photographing flamenco dancers, she is particularly interested in the graceful movements of the hands and the intense movements of the feet. The image on display of flamenco feet is an excellent example of her ability to capture these complicated movements with her camera; it has been published in a National Geographic Travel Guide for Spain. 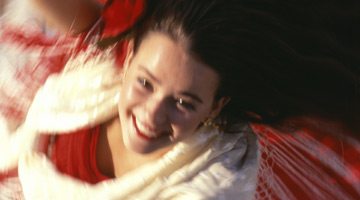 The work of Michelle Chaplow will be on display at the Studio Hache gallery from the 25th of September. This particular exhibition is dedicated to female photographers specialising in Flamenco.

As Michelle says, “Without flamenco Andalucia isn’t the Andalucia that we know and love; the spontaneity and passion can be seen in everyday life.”

Read more (in Spanish) on the Month of Flamenco in Seville.

September 08 Post cards for the Hurricane Hotel in Tarifa

Michelle Chaplow has recently produced a series of 8 collectable post cards for the Hurricane hotel in Tarifa.

Images include kitesurf, flamenco dance, mud bathing, landscapes and – the all around best selling image of a nude male model practicing zen meditation as he sits in a nature reserve looking out over the Atlantic Ocean.

The Costa de la Luz or the Coast of the light is superb for imagery.

Michelle Chaplow was commissioned by Villa Tiberio to photograph its award winning gardens. This legendary Italian restaurant in Marbella has received various awards for its superbly maintained and manicured gardens and a wide variety of Mediterranean flora.

Villa Tiberio attracts celebrity visitors ranging from footballers and their wives to Hollywood movie stars. The commision included wide angle views and close up marco photography to focus on colourful details throughout the gardens. The images will be used for traditional and digital publicty purposes.

The Australian Telegraph has featured images from Michelle Chaplow’s stock photo collection in an article dedicated to Ronda and its festivals.

This beautiful Andalusian city is surrounded by a wealth of charming white pueblos and boasts traditions dating back thousands of years.

The main festival that was mentioned in the article is the Virign de la cabeza Pilgrimage, which is celebrated each May or June. The vast array of Spring flowers at this time brings the streets and surrounding landsacpes to life. 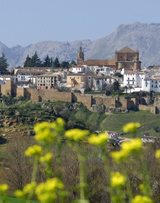