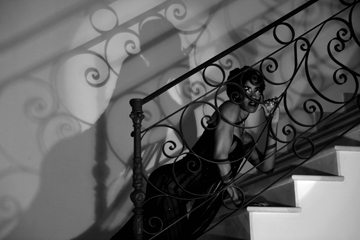 This month was dedicated to fashion model and entrepreneur Yamaia “FashionGyyrl” Faye. This commissioned project involved shoots in multiple locations around southern Andalucia, including Marbella, Sotogrande, Estepona, as well as in Michelle’s studio. One of the most remarkable things about Yamaia was her stamina and professionalism – Michelle found it a joy to work with such a dedicated, talented and tireless model. The shoots took place over eight days, during which Michelle shot Yamaia in over a dozen different fashion ranges. Yamaia’s hair and make-up were styled by award-winning make-up artist Dennie Pasion, who flew in from Dubai especially for the shoot. You can see the images on Yamaia´s website, created by Andalucia Web Solutions. 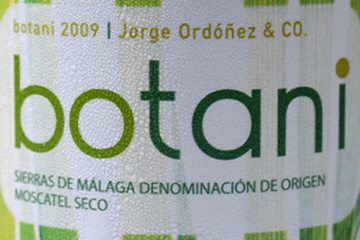 In September Michelle was lucky enough to be invited to visit the bodegas and vineyards of Antonio Ordoñez to watch the harvesting of the grapes. With her were Ben Cooper from Elle and Red magazines and avid Sevilla Tapas tweeter Shawn Hennessey, and our charming hostess Victoria Ordoñez.

It was amazing to see first-hand the effort and care taken to harvest the vines; the land is so steep there isn’t a vehicle available to harvest the vines mechanically, so all the grapes are handpicked and carried back to the bodegas by donkey. Michelle really thought that Victoria was joking when she asked her guests to bring walking boots, but she really meant it – the dry shale-like soil is a real no-go for summer sandals.

The scene was a delight to photograph – whole families joined in with the harvest, and reflectors and sun-drenched vineyards were the order of the day. We went on to the bodega where the whole process of making Botani, the new fabulously fashionable, award-winning white wine from Andalucia, was explained.

The grand finale was a fabulous seafood meal in the famous Pedralejo area of Málaga, on the beachfront, accompanied by Botani and a dessert wine named after Victoria herself – the perfect end to a press trip.

In June 2010, dancer and choreographer Cecilia Gómez launched her very own flamenco show, “Cateyana, su pasión“, which takes as its subject Spain’s much-loved boho aristocrat, the Duquesa de Alba. Since then, Cecilia has taken the show around Spain and all over the world, including Rome, Turkey and Colombia. Meena Mistry interviewed Cecilia exclusively for Andalucia.com before her performance in Estepona, and Michelle photographed both the dancer and the show. Cecilia was delightful and the Cayetana, su pasion was a spectacular success.

One thing about capturing an incident, a window in time – you never know what’s around the corner. If a photographer takes one shot of a subject now, and another 30 seconds later, that person can never be the same as they were 30 seconds previously.
Michelle photographed famous matador Juan Jose Padilla just weeks prior to the bullfight in which he lost an eye. Juan Jose was a natural and fantastic host; it was a pleasure and an honour to photograph this national icon amongst his family in his home.

In September Michelle hosted and taught a photographic workshop. Students flew in from Germany to shoot various locations: yachting scenes in Sotogrande; the grape harvest in Manilva; abstract and landscape scenes in Tarifa port; sand dunes in Bolonia; the mirador of Tarifa overlooking Morocco and the Straits of Gibraltar; and street life in Andalucian villages. The course was blessed with sun-drenched days filled with gastronomic delights and lots of hard work. It was a huge success – you can see examples of the students’ work here and here.

Fernando Gallardo has been the hotel critic for El Pais since 1987. Fernando is renowned for being bang up-to-date on the latest hospitality industry news, and is always ahead of the curve on social media strategy – the secret ingredients of his rise to hotel guru status.

On many occasions Michelle and Fernando have coincided, or almost coincided, as one checks in and the other checks out when Michelle is shooting commissions for Hotel Essence Photography. It was a real treat for Michelle when Fernando visited her Estepona studio, with non-stop swapping of hotel experiences, till the time ran out. Thanks for the visit Fernando, drop by anytime!