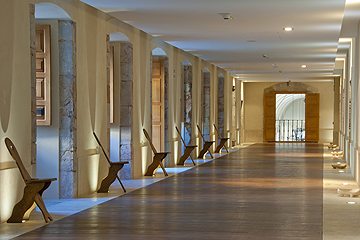 This is the first new Parador to be inaugurated for some time, and I was honoured to be commissioned to photograph this property. Crossing the whole of the Iberian peninsula from south to north, I travelled overland from southern Andalucia, the very bottom of the country, to Asturias in the far north, with my stylist and assistants to photograph the recently-opened Parador de Corias, Asturias. The only new Parador to open this year, inaugurated by Queen Sofia, this was also converted from a monastery – a monumental listed building known as the Asturian Escorial. In the basement you can see archaeological remains dating from the 11th century; this is a hotel with fascinating history and heritage.

As with any newly-opened property, the list of photographic subjects was extensive: I was commissioned to photograph a range of interiors – the refectory, the bar, function rooms, private dining areas, food shots, the spa, rooms and suites, and architectural details; as well as patios and exterior facades. 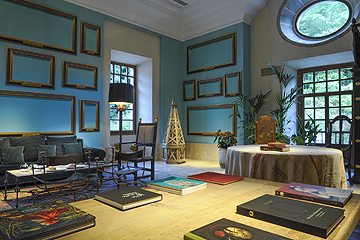 The interior design of this 11th century monastery has taken its inspiration from the rich hues of the surrounding landscape, and local industries and customs, such as mining, dairy farming and fishing. The dining room is decorated in a warm terracotta colour with beautiful drawings of apples, cider, and dairy and fishing motifs.

The refectory was where the monks dined and it still has a pulpit, making it the ideal venue for an event involving speeches. The bedroom corridors are lined with wooden clogs, traditional footwear from a bygone era of the region. The adjoining church is still in use, so during your stay you can attend Mass to catch a glimpse of the elaborate altar. The surrounding area is ideal for walking and hiking. 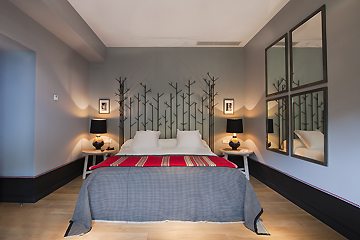 Since publication, my photographs have been used in a full page feature in the Financial Times, decoration magazines, in-flight magazines and the ongoing web promotion from the Paradors.

The Parador stand at the Feria Internacional de Turismo en España (FITUR) also displayed my images of the Monasterio de Corias. This is a hotel with history, and we all know that luxury can be bought but history must be earned. The Monasterio de Corias has this secret ingredient, along with contemporary design from the Spanish Paradors team; a totally unique property nestled within one of the most beautiful mountainous regions of Spain. 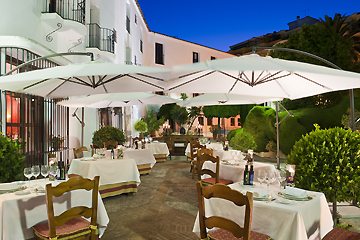 I shot the Parador hotel in Merida, which is housed in a historic building: a converted 18th-century convent, built over the remains of a Roman temple. The Parador needed new imagery of their exterior terrace – that tempting alfresco scene which appeals so strongly to northern European visitors. Images to tempt and fire up the imagination; warm summer evenings spent outdoors. 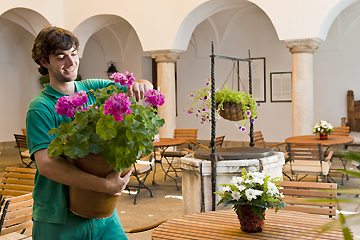 Merida was a Roman stronghold, and has stunning archaeological ruins including a theatre and amphitheatre; curiously enough, the internal patio includes original pillars with Roman “graffiti”. The gardens are stunning, with lush green lawns and sculpted hedges, and you can see that the gardeners take great pride in their work, so we just had to capture that on camera. As in every hotel, it’s the team behind the scenes that makes it and the General Manager Daniel del Olmo put his heart and soul into helping my crew with the preparation for the photo shoot, which was greatly appreciated. This Parador Hotel is not only located close to the finest examples of Roman architecture in the Iberian Peninsula; it is also a great stopping-off point when travelling along the famous Ruta de la Plata, the old “Silver Road” which runs from Seville all the way up to Gijon in Asturias.

The Buena Vista Social Club is a legendary collective of Cuban musicians who recorded their first and only studio album with celebrated American guitarist Ry Cooder in 1977. This month the Starlite Festival in Marbella played host to the band´s remaining members and their new line-up, who perform as Orquestra Buena Vista Social Club. The converted quarry-turned-concert venue on the outskirts of Marbella made for a truly magical setting and the warm summer evening suited the Cuban melodies down to the ground. As is often the case at concerts, we were only able to photograph the first three songs, but this didn´t matter as each sartorially-savvy musician was more photogenic than the last, all of them clearly delighted to perform to such an excited crowd; by the end not a single person was left in their seat. Read more about it here.

Having only ever travelled First Class once twenty years ago, due to a chance upgrade, I was so looking forward to my trip from LHR to DUB, including a heavenly four hours in the BA Concorde Room, complete with champagne bar, private dining booths and Elemis Spa. The check-in process was a dream and the flight even more stress-free; I could barely bring myself to get off the plane when we touched down in Dubai. Read more about my First Class experience here.

After a dream journey from Malaga to Dubai via the BA Concorde Room at Heathrow, the luxuries continued to flow as I made my way to The Fairmont The Palm, a truly palatial hotel located on Dubai’s manmade island in the shape of a palm tree. My week-long trip afforded me a relaxing hot stone massage and some lovely evenings catching up with an old friend over international cuisine, one of my favourites being Frevo, an authentic Brazilian churrascaria experience. Read more about my week here. 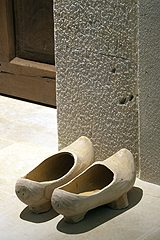